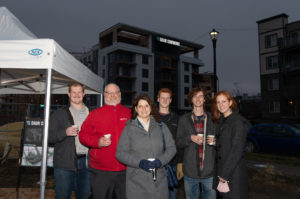 On Friday October 16th, a humbled and speechless Russell Dauk, Vice President of Land Development and Commercial at Rohit Group of Companies reacted to the news that his team secretly named the first phase of buildings at Stadium Yards after their mentor and his family.

At a socially distanced outdoor event, a small group of Rohit Group employees unveiled a new LED sign on the building with the name DAUK COMMONS in peer recognition of his 16 years of service at the company and his uncommon organizational leadership and mentorship.

Rohit Group of Companies President Rohit Gupta thanked Russell for the support and inspiration he has provided the company and team over the years remarking “Russ has over the years been a tremendous leader, mentor, team member, innovator, advisor and the wise old owl in the room. His intentions and actions have been for the greater good. He has elevated all of us to create spaces that have enhanced standards and functionality. Much like Churchill’s thoughts, Russ has lived his professional career on the premise of: “We shape our buildings; thereafter they shape us.”

Russell Dauk and his family were presented with a button to turn on the DAUK COMMONS sign after which he thanked his team,“It’s an honour to be able to work on something like this, and it’s an honour to work with every one of you guys, cause this stuff doesn’t happen automatically, and there is a lot of people who have put in a lot of time in this” “My knees are shaking, This is touching coming from you guys.” 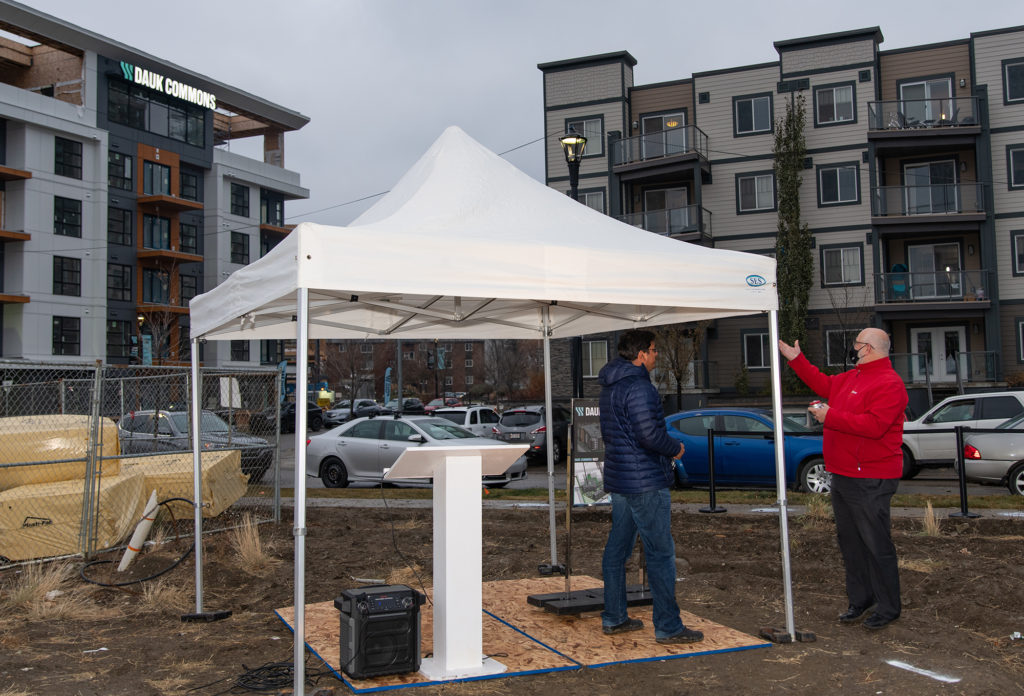 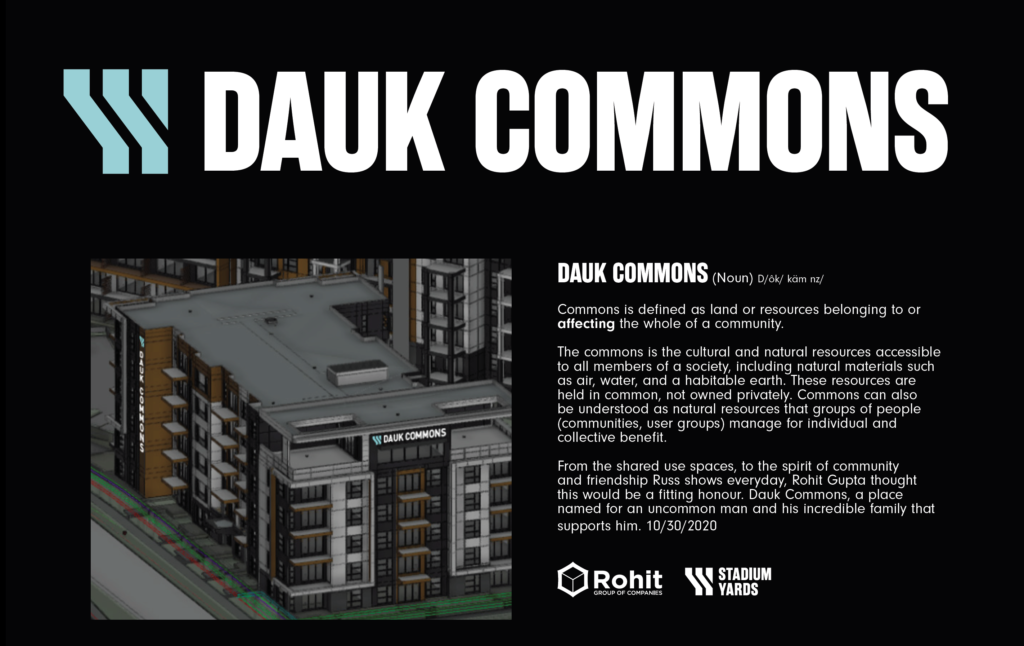 Stadium Yards is a new urban village located in the heart of the city. This transit-oriented development is situated at Stadium Station. Designed to connect residents, Stadium Yards gives you the opportunity to meet and work with lots of like-minded people, to share ideas, to be inspired and to build community — right in the core of Edmonton. Stadium Yards offers incredible proximity to river valley trails, transit, downtown events and the Commonwealth Community Recreation Centre.

Stadium Yards was developed in partnership between Brookfield Residential, The City of Edmonton, and the Province with vertical development by Rohit Group of Companies.

About Rohit Group of Companies